Social networks, which ones to choose and when to publish? 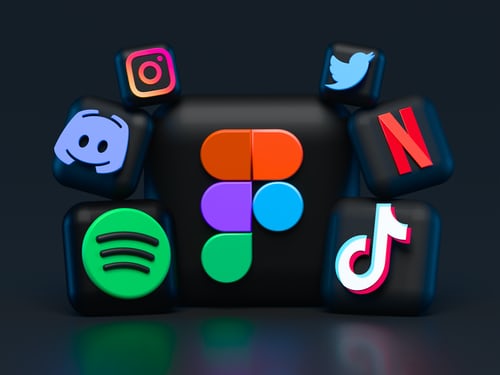 From now on, social networks are an integral part of most people’s daily lives. Their growing importance leads you to wonder about their use to boost your business? We give you all the keys to an optimal mastery of social media.

What are social networks?

How to define a social network?

Originally, and before the democratization of the internet and the web as a community platform, the term “social network” referred to a group of individuals linked by a common interest.

In a technological sense, a social network, also referred to as “social media”, is a website, sometimes essentially a mobile application, through which individuals can create a personal or professional profile in order to share information such as news, their daily life, or inspiration through the sharing of photos, videos, or publications in written form, with a network of Internet users who constitute their community of followers.

While several social networks have become indispensable in everyday life for many Internet users, new challengers are born with the ambition to take their share of the market and to shine in their turn. So, which are the most popular social networks today, and which platforms are poised to become the next giants of the social media universe?

What are the main social networks?

Nationwide, there are 10 major social networks that stand out from the rest because of their large number of users:

At the top of the rankings, both globally and nationally, there is a fierce battle between the two flagship networks, Facebook and YouTube. Created by Mark Zuckerberg in 2004, Facebook has been a dazzling success from the start. A social sharing network that allows users to publish their daily lives in the form of text, videos or photos, the platform even allows users to exchange with their community through its own instant messaging application: Facebook Messenger.

Attracting to a completely different use, the video viewing platform YouTube seduces by its diversity and the wealth of information it abounds, and takes the heart of no less than 2.8 billion monthly users worldwide, that is to say more than 35% of the planet.

Of course, there is also Instagram, which is a must-have and has established itself in the world of photo sharing platforms and is growing day by day, now with 1.3 billion monthly users.

Unsurprisingly, the international mobile messaging and chat platform WhatsApp is in the top 10, and is becoming increasingly popular for both personal and professional exchanges.

Next is Snapchat, an application for sending temporary photos and videos, which is still very popular with young Swiss people, followed closely by Twitter, which still remains in the shadow of its main competitor Facebook.

A rising platform created in 2009, Pinterest is the ideal network to find and transmit inspiration on various fashionable subjects. Then there is the social network LinkedIn, which stands out from the others as it is mainly aimed at professionals.

Of course, the list would not be complete without the new social network in vogue, TikTok. This social network allows to create and publish short and viral videos. It seduces young people and promises an exponential development potential in the years to come, with already 1.1 billion followers in the world for only 5 years of existence.

You want to have information on social networks? Please contact us!

How do social networks influence behavior towards a company or a product?

How to target social networks?

If you want to communicate with your audience by publishing long and elaborate videos, you can choose YouTube or Vimeo.

If, on the contrary, your objective is to publish short videos with high impact and to humanize your communication as much as possible, you can choose to be present on Snapchat, which promises ephemeral videos, TikTok, which has a strong influence today, making videos go viral in a short time, or Instagram, which also allows you to publish short videos to reach your community more easily via its story, real, or IGTV features.

If you want to promote your business with visuals and short text, you can use Instagram, which has the monopoly of networks focused on sharing photographs.

On the contrary, if your communication objective is based on human resources, recruitment, or if you want to pass on messages in the form of worked texts and develop a more professional image, LinkedIn will be your best ally, and will be able to offer you the opportunities you are looking for.

Contact our division specialized in the management of social networks

When to publish on social networks?

What are the best times to post on social networks and why?

Even though most social network users prefer to log on during weekends and evenings, many users log on occasionally during working hours, for short periods of time. That’s why, when establishing your publication strategy, think of planning light and digestible content during working hours, and publish more substantial and worked content outside working hours and days. You can then prioritize business hours over weekdays to post on professional networks. The most effective time slots on LinkedIn, for example, are in the morning between 9am and noon on Monday, Tuesday and Wednesday, to reach your target in a work context, and to be part of their daily activities.

For networks with a more recreational use, such as Instagram and Twitter, your target will be more receptive during the week, during the breaks of the working day, during their commute in public transport, as well as in the evening, when everyone goes on social networks to relax after work.

On the contrary, if you want to schedule publications on Facebook, it will be more efficient to privilege the weekend, when users, globally older, are used to consult their social networks, and promise a better engagement rate.

Frequency of posts on social networks to be favored to sell

If you’re a community manager, you’ve probably already thought about your social media presence strategy. But then, what is the ideal frequency to post on social networks, and why?

According to several studies, it would be relevant to post on average 3 times a week on your networks. This figure obviously varies depending on the networks and their use.

For flagship networks such as Facebook and Instagram, a daily post would be ideal, while on networks where messages are generally shorter such as Twitter, you can go up to 10 posts per day to optimally reach your target.

For networks where the target audience is looking for inspiration like Pinterest, it may be relevant to post more, so you can publish up to 30 pins per day to meet the content consumption needs of Internet users.

For professional networks, including Linkedin, it would be ideal to post at least twice a week, and up to once a day.

Why choose Habefast to develop your social media strategy?

Habefast’s community management and communication experts will determine the best communication strategy for your company, and set up a relevant publication schedule to reflect your brand image and achieve your business objectives.

Contact our specialists for more information on our services.